Newspaper of the Moscow Union of Artists, 12th Edition 2008 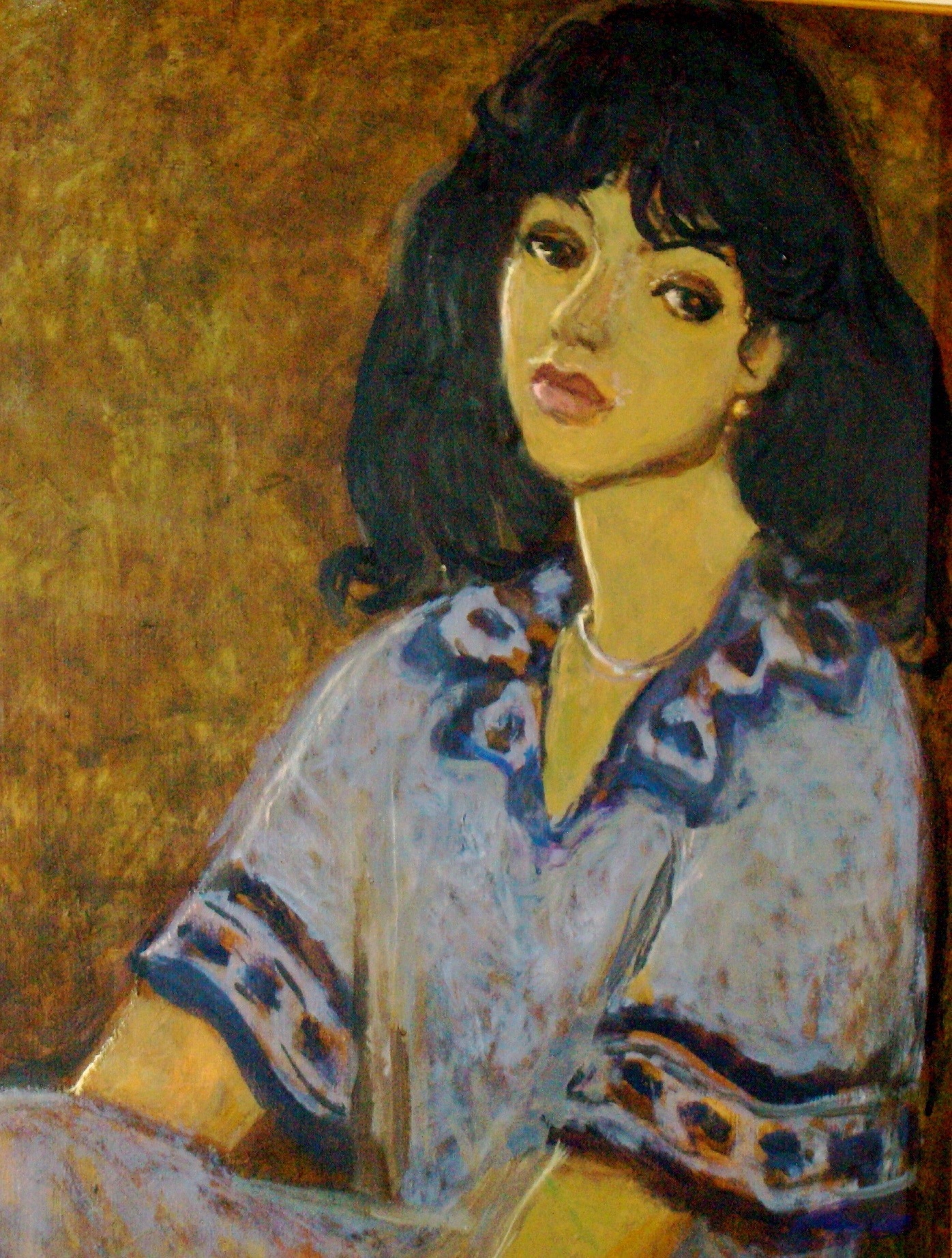 “let by-gones be by-gones ...”. However, I have a good memory for everything old (the new is quickly forgotten).

The polemics between M.A. Chegodaeva and Yu.Ya Gerchuk stirred up the memory of the events around the exhibition of the 30th anniversary of the Moscow Union of Artists.

I think the present generations of our artists are also interested in that part of the history of Russian art that fell on its Soviet period, during the so-called period of the "thaw".

The exhibition gave the artists of my generation, who studied in the most terrible years of Russian art, the impression of an exploding bomb (Modorov was the director of the Surikov Institute since 1948 or 1949, after Sergei Vasilyevich Gerasimov was expelled). We learned the names hidden from us until that time: Drevin, Shipitsyna, Falk and others.

The exhibition not only opened these names to us, deprived of any information about the recent history of Russian art, but also inspired us for our own creativity. It was perceived by us as a continuation of the "thaw", and even more so it was an unexpected and stunning "hit" by Khrushchev on the artists. My fellow students at the Moscow Institute of Applied and Decorative Arts, which fortunately brought them and other artists listed in the Pravda newspaper, world fame, were also “victims” of the “run over”. I was not a direct participant in these events, but I knew about them from eyewitness accounts and they indirectly affected my work. The painting done by me and Vladimir Kholmogorov in the showroom of the Isotopes association on Leninsky Prospect was later destroyed as "abstract" and unusable.

The work was accepted by the art council of the plant and the customer (GlavAtom) on the eve of Khrushchev's visit to the exhibition in the Manezh with high appreciation. And so, the main thing in this controversy is the question: where did they bring Khrushchev in the beginning - to the second floor to the "Belyutins" or all the same to the exposition of the anniversary exhibition of the Moscow Union of Artists. This question is insignificant, since we know the result of this provocation by Serov. According to the stories of all eyewitnesses, in particular, the late Alexei Steiman, whom it is impossible not to trust (everyone who knew this wonderful person will agree with me) Khrushchev was first shown at the 30th anniversary of the Moscow Union of Artists. At the exit, he was already furious with what he saw. "Naked Valka" ("Nude" by Falk), "Geologists" by P. Nikonov, sculpture by A. Pologova and other magnificent things enraged him. Moreover, skillful people gradually fueled it. When the whole cavalcade rose to the second floor, he immediately pounced on Belyutin and the "Belyutins" like a bull on red. All this has been described dozens of times by participants in a conversation with Khrushchev's eyewitnesses, and is no longer interesting. Another thing is important - the consequences. The consequences were dire. I was present at a huge meeting at KDOI (Combine of decorative and design arts - editor's note). All the artists of the Combine were herded into the assembly hall, including members of the section of monumental and decorative art of the Moscow Union of Artists and forced to repent of those who participated in the exhibition in one way or another, in its formation and discussions in various high authorities. At the request of the party leadership of the Moscow Union of Artists, they had to admit their ideological mistakes and promise to prevent them in the future and draw as they should according to the rules of socialist realism. In this situation, some behaved with dignity and did not humiliate themselves before the prospect of defamation, expulsion from the Union, loss of workshops, etc. For example, Nikolai Andronov said the following: “As an artist, I do not see any mistakes in my work. As a public figure, I admit my mistakes. My mistake was that during the discussion of the exhibition of the 30th anniversary of the Moscow Union of Artists in the ideological commission of the Central Committee of the CPSU, I took this rostrum for discussion. Another mistake of mine was that during the discussion of the exhibition in another (also very important - EK) meeting, I also took the rostrum for a discussion one ”. A dumb scene. At this, the meeting at the Combine was closed.

At the meeting in the Manege, where the results of Khrushchev's visit were “summed up”, Ira Vilkovir, an undeservedly forgotten, wonderful artist, unexpectedly spoke. It would be high time to arrange her personal exhibition. Those who knew her should remember her character, directness and fearlessness. She said, "This is all Serov's provocation", and left the podium. From the stunned presidium of the meeting they shouted to her: "Comrade Vilkovir, are you aware of what you are saying?" She went up the steps to the podium and said: "I repeat once again, this is all Serov's provocation". And went downstairs.
E. Kazaryants
Gallery Newsletter
Follow Us
Facebook
Instagram
Pinterest
lubaproart@gmail.com
Send Email
Home
News & Reviews
M.Fegin
I.Vilkovir
Other Artists
Contacts
No material from the Luba Matusovsky Private Collection site may be copied, reproduced, republished, uploaded, posted, transmitted, or distributed in any way. Modification of the materials or use of the materials for any purpose other than educational use is a violation of the Luba Matusovsky Private Collection copyright © 2013.